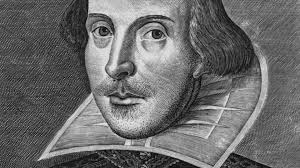 The concept of the genius is an incredibly compelling and romantic idea. So much talent invested in a single, solitary human being. But do you really think William Shakespeare came up with all those great lines himself? That Steve Jobs single-handedly built Apple?

Posterity has awarded them the credit, but Shakespeare wrote for the best actors of his day, and Jobs ran a company that attracted some of the smartest people in tech. Also, they both lived and worked in communities that at the time were experiencing an enormous surge in creativity – England during the Renaissance and the early days of Silicon Valley.

If you don’t care who gets the credit, then getting into the habit of collectively coming up with new ideas can help propel your company’s success. And this is particularly the case when it comes to content. Press release headlines, blog topics, subjects to write about. It shouldn’t only be the person in charge of marketing who has come up with these.

Sure, the writing, editing, proofreading, and sign-off – someone needs to take ownership of the process. But the best ideas for topics and headlines can come out of a session where a group of people are sitting around shouting words at someone furiously writing them up on a white board.

Nothing too sacred, nothing too stupid, whatever comes to mind. Here are 5 things to make a brainstorming session worthwhile:

Go forth and brainstorm!