Today was a dark day for global press freedom. The UK Home secretary Priti Patel has signed the extradition to send Australian journalist Julian Assange to the US, the same country who reportedly plotted to assassinate him, and has charged him for publishing leaked evidence of their war crimes. The Guardian’s Editorial says the decision ‘ought to worry anyone who cares about journalism and democracy’. Every major Human Rights group has called for Assange’s release. The International Federation of Journalists, representing over 600,000 journalists tweeted: “The UK decision to allow the extradition of Assange is vindictive and a real blow to media freedom. He has simply exposed issues that were in the public interest and Patel’s failure to acknowledge this is shameful and sets a terrible precedent.” A4A states the New Zealand Government can no longer remain silent on this case. A4A’s Matt Ó Branáin asked: “What will our government’s position be when it’s a New Zealand investigative journalist being imprisoned or extradited? What will this total lack of accountability mean the next time the US asks us to send our troops to die in another war?.” The Guardian warns this ‘potentially opens the door for journalists anywhere in the world to be extradited to the US for exposing information deemed classified by Washington. We cannot allow a legal precedent to be set that the US can throw anyone, anywhere in jail for revealing state crimes. Aotearoa 4 Assange’s Matt Ó Branáin said: “We reiterate our call for PM Jacinda Ardern to stand with Australian PM Albanese’s calls for our allies the UK and US to bring an end to this, and bring Assange home.”

Auckland, New Zealand – Alimetry, a medical device and digital healthcare company, today announced it has received US Food and Drug Administration (FDA) clearance for Gastric Alimetry, a pioneering non-invasive medical device for aiding the diagnosis gastric disorders. Alimetry also announced today the launch of Alimetry Inc., a subsidiary based in Minneapolis, MN, that will market and distribute Gastric Alimetry in the United States. “Gastric Alimetry is an industry-first and genuine breakthrough in gut diagnostics.” said CEO Greg O’Grady, a Professor of Surgery and co-founder of Alimetry. “Alimetry’s unique technology harnesses the power of stretchable electronics, wearables, digital health, and cloud-based analytics to deliver a completely non- invasive solution. We are thrilled to announce FDA’s clearance of Gastric Alimetry, making this new test available to millions of Americans suffering from chronic gastric symptoms”.
The Gastric Alimetry test is performed in a clinical setting. Recordings are taken before and after a meal, while patients simultaneously log their symptoms into the Gastric Alimetry App. The system performs a high-resolution recording of digestive patterns from the skin surface and delivers clinical reports via the cloud to inform the diagnosis of gastric diseases and support personalized therapy. The system is indicated for common stomach disorders including nausea and vomiting, gastroparesis, and functional dyspepsia, affecting over 8% of the world’s population, and costing billions of dollars in healthcare expenses.1,2 The test is also currently available in the United Kingdom and New Zealand. “Diagnosing gastric symptoms has been a deeply challenging clinical problem.” Dr. O’Grady said. “Existing tests are frequently unreliable and inconclusive, and patients may undergo months or even years of testing – often costly, invasive, or involving radiation – only to end in confusion and trial-and-error care. Gastric Alimetry is a game-changing tool that will bring improved clarity to field, enabling enhanced clinical outcomes, and safer, more accessible, and less-invasive care.”
Gastric Alimetry is the result of a decade of world-leading science and innovation by an interdisciplinary team of clinicians, engineers, designers and scientists. “FDA clearance of Gastric Alimetry cements Alimetry’s path to leadership in gastrointestinal wearables and non-invasive diagnostics.” Dr. O’Grady said. “Alimetry has an outstanding pipeline of innovation and this is the first plank in a series of innovative new features and products that stand to transform care in disorders of gastrointestinal function”.
Gastric Alimetry will be available commercially from July 2022. For more information on Gastric Alimetry visit www.alimetry.com
About Alimetry Alimetry was spun-out of the University of Auckland in 2019 from a centre of excellence in digestive diseases. The company was founded by Professor Gregory O’Grady, a gastrointestinal surgeon, and Dr. Armen Gharibans, on the background of a decade of award-winning science. 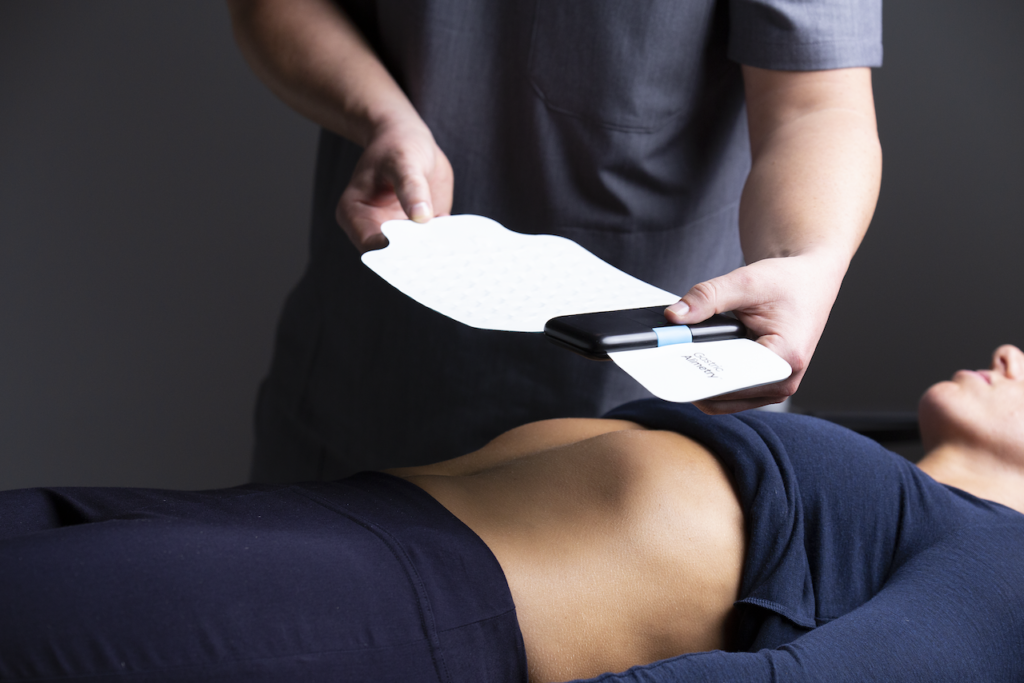 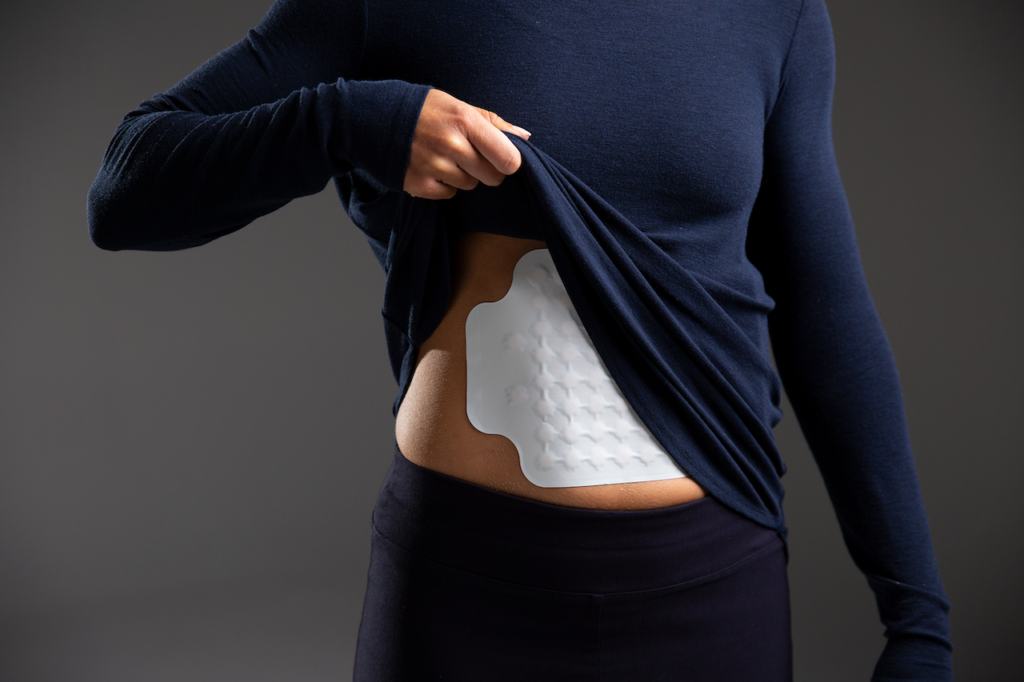 A group of lawyers, politicians, journalists and activists known as Aotearoa 4 Assange have written to PM Jacinda Ardern asking her to ‘stand strong’ with new Aussie PM Anthony Albanese, to ‘secure the freedom’ of Australian journalist Julian Assange. According to the letter Assange’s life is in peril and so are the ‘foundations of global democracy’. A4A spokesperson Matt Ó Branáin says ‘the election of Albanese is a seismic shift’ for the campaign to free Assange, who is currently imprisoned in the UK and fighting extradition to the US. Unlike his predecessor Scott Morrison, Albanese is a member of the Bring Julian Assange Home Parliamentary Group consisting of at least 30 MPs. Albanese has reportedly said ‘enough is enough…I can’t see what’s served by keeping [Assange] incarcerated’. Green MP and Human Rights lawyer Golriz Ghahraman tweeted ‘the threat to Wikileaks founder Julian Assange’s freedom is a threat to press freedom around the world.’ Assange has been detained in ‘solitary confinement’ for the last 3 years in the UK and a UN Special Rapporteur has said he is being ‘psychologically tortured.’ A letter from hundreds of doctors says he is likely to die soon if not freed. The US charges ‘criminalise publishing leaked evidence of US state crimes’. International Human Rights groups, including Amnesty International and the Council of Europe’s Commissioner for Human Rights have said the case is a threat to global press freedom. The letter argues that there is ‘no chance of justice’ if he is extradited to the US as Assange’s ‘legally privileged consultations with his lawyers were spied on’ and the Espionage Act ‘prohibits any public interest defence’. Ó Branáin says ‘no one can credibly say justice has been seen in the UK extradition trial’. Amnesty International said the UK extradition trial was a ‘circus’. IBAHRI said ‘with this extradition trial, we are witnessing the serious undermining of due processes and the rule of law.’ Applications to monitor the trial from Amnesty International and Reporters Without Borders were declined. A4A’s letter says ‘this is a political case, and political intervention is required’. UN Special Rapproteur on Torture Nils Melzer says if Assange is extradited to the US he would be detained in ‘conditions that amount to torture’. Ghahraman states that although the UK Magistrate Court has now ordered extradition to be signed ‘the Home Sec must decline’. ‘The UK has an obligation to avoid extradition to a place where he faces ill treatment and torture’. A4A called on Ardern to ‘make representations’ to Ms Patel not to sign the extradition order. Rt. Hon Helen Clark said ‘you do wonder when the hatchet can be buried with Assange, and not buried in his head by the way?. . . ‘The real issue really is the activities they were exposing, not their actions of exposure.’ Ó Branáin says ‘Australia and New Zealand should call on our allies the US and UK, to end this perilous persecution of a South Pacific journalist, and bring Julian home.’